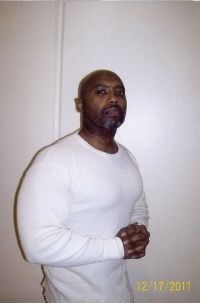 Other places to find me:

LeTaxione I am Le'Taxione, Author, Gangologist, Entrepreneur, Community activist in demonstration. I was sentenced to three strikes and though my case was OVER TURNED in march 2010(In Re Personal Restraint Petition of Carter (Le'Taxione)-Case NO. 37048-4II) The prosecutor appealed and I await the imminent outcome.. MY FREEDOM. Ive been confined for 15 calendars- ambitions apprehended though not captured- restricted though not prohibited. Within the silence of an assigned cell- under the aegis of reform and through self-determination my self= actualization and lifes work was born(see nstepgangology.com). Once in a lifetime a very particular person is placed in out path by circumstances and though we grasp the fact that divine intervention created the circumstance the fear from the past experiences causes us to be apprehensive in exploring the possibilities. Some may mistake this apprehensive for prudence, rationalizing the paralyzing fear that ultimately deprives us of the happiness that we so desperately long for, casting ourselves into perpetual loneliness. I am that "very particular person" that has been placed in your path and though I am presently confined, divine intervention has caused our paths to meet. This presents us with an opportunity to become familiar with one another in hopes of exploring, in very least, a friendship based upon honesty, integrity, compassion, loyalty, and authenticity. I seek the harmonious union between the male and female principle which is the manifestation of god on earth and endows that union with the power to change their condition. Contact: Letaxione@rocketmail.com or Write to Ernest Carter/Le'Taxione #746316 FE 126 Washington State Penitentiary 1313 N. 13th Ave Walla Walla, WA 99362

About Me  (My Interests / Hobbies / Groups)

About My Match  (What I'm looking for)

No preferences defined yet!

No Favorite Websites added yet.

No Favorites / Friends Added Yet

No Favorite Books added yet.

No Favorite video games added yet.

If you see spam, fake information, nonsense information, offensive information or an empty profile, please click the button below and enter your reason for reporting this profile. It will be reviewed promptly.
Note: Reporting Tool Only Visible To Logged In Members

FIND Other Singles In
Washington